‘Missing, presumed deceased’ was the coroner’s finding. It left others in suspension. Grief without resolution. It raised infinite questions yet offered no answers, no clues. Between a birth and a death, a life has markers. The life has a history and can be celebrated. But ‘Missing, presumed deceased’ offered Jimi’s friends and relatives little more than a vacuum underpinned by hope and despair. It’s not the way Jimi would have wanted to be remembered.

But I know what happened.

Roderick “Jimi” Henderson was gifted his tight curls by his mother. During his tumultuous school years in the late 1960s, he sculpted his hair to emulate the guitar legend Jimi Hendrix, and was given his nickname by schoolfriends. Being blond, Jimi Henderson’s head resembled a dandelion, not Jimi Hendricks. By the early 70s, a perfect storm truncated a would-be university life in Newcastle – a propensity to party hard, avoid assessment tasks and a knack of running at brick walls. He just didn’t get it. When he played with fire, Jimi would be genuinely puzzled when his fingers were inevitably burnt.

After his tertiary education crashed and burned, Jimi moved up the coast and bought a second-hand Gibson electric guitar while he worked a series of menial jobs in the Lismore area. At the Aquarius Festival in Nimbin in 1973, he met like-minded revellers seeking to expand their consciousness by smoking numerous joints. In a fog of enlightenment, they suggested forming a covers band. They named their group ‘Nimbin Grass’ and thrashed out loud rock and twelve bar blues for a few years. Ultimately they were just another Lismore pub band playing to pissed patrons on weekends. Jimi’s blond afro ‘do was a personal drawcard with the chicks and he rarely left a gig unaccompanied.

An epiphany occurred when he was lying on a gurney at St Vincent’s Hospital after having his stomach pumped. That morning, while crossing farmland for a swim at Marom Creek Falls, Jimi and the drummer had located a clump of psilocybin - magic mushrooms! The drummer swore they were psilocybin. At their Lismore apartment they smoked a joint, ate the mushrooms and waited for the promised psychedelic mushroom trip. It didn’t eventuate, just excruciating stomach cramps. They’d mistakenly eaten toadstools, and were whisked to outpatients for a stomach purge. And it was on that hospital gurney, feeling thoroughly ordinary and a little chastened, Jimi decided to quit the band. It just wasn’t soothing his itch, man. Hell, he’d seen ‘Easy Rider.’ Peter Fonda and Dennis Hopper had all the answers. Yeah, a freewheeling life on a motorcycle would be a balm for his restlessness, his steed of choice for tilting at the windmills of the 70s counter-culture.

In 1976, he was living in a frugally furnished studio on Molesworth St. A novice to the world of two wheels, Jimi answered an ad in the Northern Star. There was no haggling and the owner of the clapped-out Suzuki 250cc two-stroke would have silently high-fived himself at his good fortune. There was a quick lesson from the seller, then after stalling the bike several times with clumsy clutch releases, Jimi rode the 31 km from Casino back to Lismore in a pall of smoke with his right blinker flashing the entire trip. It was an inauspicious introduction to motorcycling. His open-faced helmet barely sat on top of Jimi’s skull due to the huge sphere of wiry hair. It wasn’t safe but it was legal. He was also smacked in the face several times by large insects which savvy bikers know feels like you’ve taken a bullet. Welcome to free-wheeling, Jimi!

After a few months’ riding experience, and proffering peace signs to every approaching biker, his friend Greg ragged him about the Suzuki sounding like a sewing machine. Greg explained the difference between the low burble of a 4-stroke motor and the mosquito-like whining of a 2-stroke.

“One sounds really cool and the other don’t,” Greg confided. “C’mon man, would Peter Fonda ride a sewing machine?”

Borrowing money from unauthorised loan sharks carries implicit threats of harm for repayment defaults. But within a year Jimi was cruising around the rolling hills of the Richmond region on a five year old Harley Davidson with ridiculously high “ape hanger” handlebars. These were dangerous in corners, but man they looked so cool, and the lumpy cam of that motor sounded so hairy chested! Jimi could sense Hopper and Fonda’s nods of approval. The road freedom, the wind in the face, the cackling exhaust note elicited by a simple twist on the throttle – yeah, this was the life.

But Jimi Henderson had been serially avoiding paid work to maximize his days being an Easy Rider. He was Toad of Toad Hall in his own version of Wind in the Willows. He’d been repaying his bike loan and covering rent, fuel, dope and costs of living by dealing LSD tabs around the area. Jimi’s supplier was a concretor from Ballina. And there came a day of reckoning when Jimi couldn’t meet agreed repayments on two grand he owed the concretor.

His supplier barked down the phone, “There’s no more credit Jimi. We need to talk, make an arrangement. Meet me after dark tonight. Usual place.”

Jimi throttled back and kicked down the gears. There was a utility parked in the blackness of the remote Victoria Park Nature Reserve. The car door opened before Jimi was able to dismount. He sat straddling his bike, clutch engaged, idling in first gear. The Harley’s distinctive burble underscored a possible escalation from threat to actual violence. There was no acknowledgement. No discussion. A long bladed knife was produced and held directly at Jimi’s throat.

“If I don’t get my 2 grand by tomorrow, I swear I’ll slit ya bloody throat! Ya got that, ya’ dipstick?” he screamed.

Jimi was a deer in headlights, unprepared, shocked, scared. Instinctively he released his hand from the clutch lever to swat the knife away. Idling in first gear, the accidental drop of the clutch lurched the heavy bike forward as it stalled. The knife pierced Jimi’s throat and severed his jugular. Jimi’s days of Easy Riding, and his dreams of the counter-culture, were extinguished as he crumpled to the ground within a remnant of beautiful rainforest.

It shouldn’t have happened. It was meant to be a warning. No harm was intended. The bloodied Harley was left on its side in the deserted rainforest car park. No attempt was made to clean it. Jimi’s body was carried urgently to the tray of the utility, stashed under a tarpaulin, and driven to an industrial area outside Ballina. In the moonless night at a construction site, the concretor hefted the reinforcing steel out of a section of a footing trench and dug a slightly deeper trench. Weeping inconsolably, he gently placed Jimi and the knife in the trench, replaced the dirt, tamped it flat, then repositioned the steel reinforcing rods.

The hundreds of cubic yards of concrete that were poured into the footings and slab over the following few days know Jimi’s exact whereabouts beneath a nondescript industrial shed. Only the slab and I share the secret. Only I can be certain about his official status of ‘Missing, presumed deceased.’

These days I wish. I wish all the time. I wish in my sleep. I wish it hadn’t happened. I wish I hadn’t started supplying drugs. I wish I was still playing the drums with Jimi in our band. 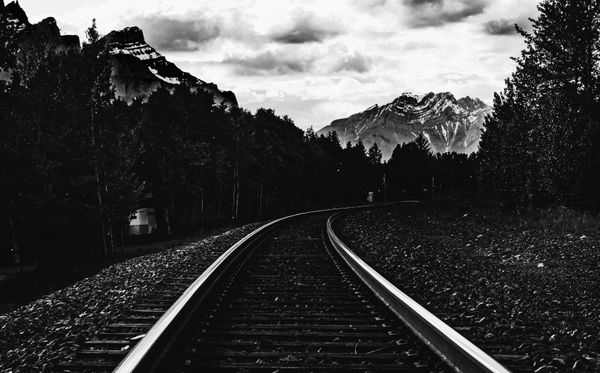