Merhaba! The Turkey I briefly see today is a blanc-mange of geographical beauty, ancient stories which ooze out of every Byzantine and Roman ruin, rugged mountains, extensive agriculture and glasshouses bursting with plump tomatoes, eggplants and chillies, sleepy rural villages with non-existent road signs and optional road rules, motorcyclists without helmets but with mobile phones jammed to the ear, motor scooters transporting 2 adults and 2 kids, groves of olives and grapes, small-boat fishermen returning to Kalkan harbour each morning with the harvest of their nets and filleting them just below the cafe where we ritually have morning coffee, mosques and minarets in each small town and the piercing wail over the loudspeakers at the call to prayer several times a day. It’s a country of cats, and insane drivers, and mellow and interesting people. It’s groups of men sitting around talking, drinking Turkish tea and smoking; it’s old ladies in shawls sitting together talking, or tending small gardens; it’s young Turkish people embracing the fasting of Ramadan, with a mobile phone to the ear, and playing western rock music. I haven’t been to Turkey before and consequently had no idea what to expect.  I love it, but still struggle to comprehend that 100 years ago Australians were at war with the ancestors of all the friendly, laughing people we have met and befriended here. Why were Australian troops engaged in a futile, bloody and overwhelming battle with the Turks. On Turkish soil, at Gallipoli. We were the invaders. Would Turks have even known where Australia was?

Kalkan is in the Lycian region on the Mediterranean coast. It’s a stunning harbour town, formerly a Greek fishing village, which was taken back by Turkey in the 1920s after the creation of modern Turkey and the ascendancy of Kemal Ataturk. Our beautiful villa home is situated on a steep hillside above the old town. Our neighbours on either side of us are Turks with a few olive trees, chickens etc and our only communication with them is “Merhaba” and lots of smiles. We’ve rented a car for the time in Kalkan (a Fiat) and have mastered the driving on the right hand side, as well as the gear change with the right hand, but have thrown all road rules out the window. There is one set of traffic lights in Kalkan. Sometimes they work, sometimes they don’t. Most locals pay no heed to it; they drive up to the intersection and drive straight through the red light if no-one’s approaching. Police? The only cop we’ve seen was taking notes 2 days ago after a car T-boned another and turned him over at the very same lights I’m talking about. Parking is anywhere you feel like, and at any angle you want - parallel, 45 degrees, 90 degrees, against the kerb, up on the kerb, in the middle of the road while talking to a friend, or across the road against the flow of traffic. It’s a “free-for-all” as Kevin has so aptly described it. But we’ve found that if you drive like a local, everything flows more smoothly.

The Lycian region has been suffering from a drop in tourist numbers because of the current wars and insurrections in the neighbouring countries of Iraq and Syria. Many Europeans have avoided holidays in Kalkan, but we haven’t experienced any sense of unease, even when we’ve travelled to more remote regions. The biggest threats are from motor scooters within towns (we often see 2 kids doubling - no more than 12 yr olds with no helmets) and the numerous drivers who pass on hills and blind corners out on the highways.

Our day trips have taken us to the gorge at Saklikent where we walked up the canyon through the river current, sometimes up to our waists;

to the ancient Byzantine and Roman cities at Arykanda and Patara where we were walking on tiles that were laid 2500 years ago;

to trout farm restaurants in the mountains;

to the sunken city of Kekova where we swam in the bluest water;

to numerous Mediterranean restaurants in Kas and Kalkan.

What a city, what a soup bowl of interesting and seemingly incongruous peoples and cultures. From the large groups of women in traditional Islamic clothing and headscarves to young women wearing high-end fashion labels; from older men wearing caps (sitting in groups talking and smoking) to sharp looking young men wearing Tommy Hilfiger shirts or business suits (sitting in groups talking and smoking); from very young bare-footed gypsy street urchins dressed in Romany clothing begging on the streets or running away from guards in the subway, to young kids in Spiderman shirts or the shirts of European football teams; from street vendors hawking mussels, or grilled corn on the cob to high end restaurants and everything else in between; from shopping in markets and bazaars where you can buy shirts for 5 Turkish Lira ($2.50) to Plazas like Westfield which house H&M or Marks and Spencers; from areas of the city where most people don’t know any English to the tourist areas around the Grand Bazaar, Hagia Sophia and the Blue Mosque where many of the touts can lure you into their shops with some well rehearsed English phrases.

This is a city that is over 3000 years old. It has been occupied by the Ottomans, Byzantines, Romans, Turks. The architecture reflects it all. It has been a pre-Christian civilisation, Christian, then Muslim. (98% of Turks are nominally Muslim, but the country and government is secular). Some mosques were originally Christian churches; the winners take the spoils and adapt or modify - perhaps this is similar to England where many of the former Catholic cathedrals are now Anglican.

Our home exchange is in the burbs at Yeni Levent, very close to the metro and only 5 stations to Taksim Square. It’s a mix of then and now…. it has leafy residential areas and a business district with soaring modern glass skyscrapers of incredible architectural merit. In Taksim Square a couple of days ago, a Gay Pride march was interrupted by police firing water cannons and rubber bullets at the marchers. That’s gotta hurt. Such is the tightrope this city walks where east meets west, an interface of traditional and modern, where conservative Islam attempts to co-exist with secularism, where the 19th century collides with the 21st century.

Yesterday we took a ferry ride up the Bosphorus. Istanbul is a city divided by the Bosphorus waterway. There are 2 large bridges across it and it is the waterway between the Sea of Marmara (which is linked to the Mediterranean) and the Black Sea. One side of the city is in Europe and the other is in Asia. In the last 2 days we’ve been from Europe to Asia twice!

The road traffic is as chaotic as it was in Kalkan. Kevin, Lynn, Jeanne and I were in a taxi, and the driver was reaching 135 kph whilst sitting up the butt of cars in front and weaving insanely through traffic on a city road. Inside the taxi, 8 white hands were squeezing the seats, while 8 white buttocks were clamped like limpets to the upholstery. We only gave him a tip when we arrived because we were in an initial state of shock and then relief. Wonder if the driver sensed our sobbing?

Tomorrow we’re meeting Zeynep (the owner of our Istanbul apartment) for lunch nearby, then we’re taking a cab to the cruise terminal in Istanbul to join our ship departing for the Greek Islands and eventually Rome. We’re asking Zeynep, who is bi-lingual, to arrange the taxi. Our instructions will be to find a driver who’s happy to nanna his way along Istanbul's roads. Does Istanbul have such a driver? 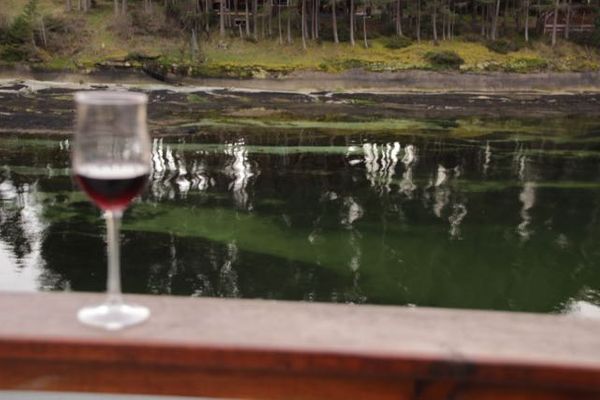